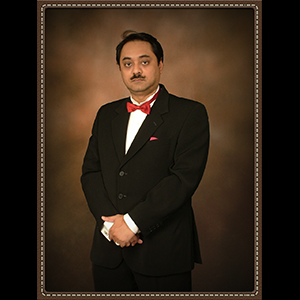 Hon. Dato' Sri Noor Muzammil has extensive experience in Corporate Malaysia and diversified interests in the country. His field of expertise is in the Oil & Gas, Marine Engineering, Automotive Manufacturing, Infrastructure Development and Plantations.

He is a professional holding a double degree in Mechanical & Production Engineering. He graduated with a Second Class Upper (1st Division) Honors Degree from Kingston University, London, England.

His experience began with British Gas PLC in London, where he led and managed all aspects of Downstream Gas Distribution Networks, was Head of the Operations including Construction, Plant and Projects Division. He has over 25 years in Oil & Gas Downstream and Upstream experience at the senior management level and has developed a strong networking relationship with PETRONAS, the National Oil Company of Malaysia.

Between 1990 to 1995 he was employed by ESSO Production (M) Inc. in Malaysia where he managed various Civil Engineering Projects on Esso's oil & gas platforms in the South China Sea. He was appointed as Malaysia's first Resident Engineer on Malaysia's largest Oil & Gas Production facility, the Seligi Alpha Production Complex and also the Resident Engineer for the Terengganu Crude Oil & Gas Terminal (TCOT) in Kerteh, Terengganu, Malaysia.

In early 1995, he was hand-picked by the Chairman of DRB-HICOM Conglomerate (the late Tan Sri Yahya Bin Ahmad) to manage Special Projects for the Group. He was entrusted to initiate and implement a RM1.2Billion National Car Project in collaboration with PSA Citroen International. He was not only responsible for the set up an automotive car manufacturing Plant in Malaysia, but also set up the automotive marketing and distribution company throughout Malaysia. With the demise of the Chairman of the DRB-HICOM Group in September 1997, he left DRB-Hicom Group to start his own business.

Hon. Dato' Sri Noor Muzammil is also the Founder and Chairman of "Premier Charity Foundation Malaysia”, a foundation he established in 2002 to fund for the welfare of the less fortunate, orphans and needy. He is also the Founder and is currently the Executive Chairman of Multimax Group of Companies. In South East Asia he is the Corporate Advisor of Benny Michelsen Holdings, an investment holding company from Europe, who are investors in Healthcare and Infrastructure development projects in Brunei, Malaysia and Indonesia.

In his spare time, he enjoys the freedoms and adventure of nature, travelling to new and exciting destinations with his family and sharing good times with friends.

Our Strategy to Boost Your Business Growth

We become deeply cognizant of your issues and equipped with this acute awareness we design our approach.

Our communications are clear and easy to understand, coherent and intelligible, and completely transparent.

We achieve our aims so that you can achieve yours. Constructive outcomes and solutions are the keys to your success.